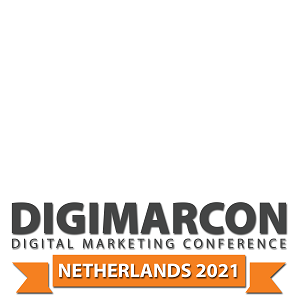 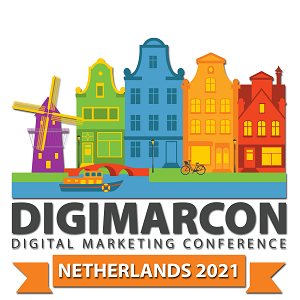 Often referred to as Holland, the Netherlands is a country that boasts a unique landscape, favorable climate and tumultuous history. Geographically speaking, the Netherlands is a low-lying country with nearly 20% of the land and its population being below sea level.In Dutch, the country’s name (Nederland) literally translates to “Low Country.”Much of the areas below sea level are man-made and the result of extensive peat extraction.

As a founding member of the EU, the Netherlands was one of the first countries to implement an elected parliament. Its capital city is Amsterdam, while the government seat is housed in The Hague. In 2011, the country had the tenth-highest per capita income in the world. Fishing, trade, shipping and banking are leaders in the Dutch economy and the Netherlands ranks among the top 10 exporting countries.

Provinces of the Netherlands

Friesland: The Friesland province is located on the mainland, but also includes the West Friesland Islands. Its capital city Leeuwarden is a quiet, charming town that boasts a population of nearly 100,000 inhabitants. In this particular region, the locals adhere to a traditional way of living and speak their own unique language known as West Frisian.Notable cities include Dokkum, Heerenveen, Franeker and Sneek.

Groningen: This province is also a part of the Dutch mainland, but also includes the islands of Simonszand, Zuiderstrand, Rottumeplaat and Rottumeroog. Named after its capital city, the Groningen province is primarily an agricultural region. However, many historic monuments and buildings can be found in nearly every village and town of the province. Its capital city Groningen is the headquarters for the natural gas giant Gausnie. The Groninger Museum can also be found in the heart of the city and features an eclecticcollection of modern art, Dutch Golden Age art and archeological artifacts.The northern region of the province, known as Hoogeland, is a popular holiday spot for the Dutch. Many natural reserves can be found here and Groningenis an excellent location for water sports.

North Holland: While Amsterdam may be the biggest and most notable city in North Holland, its capital city is Haarlem. The province is a wide peninsula with more than half of the land lying below sea level. North Holland is home to more than 100,000 residents and includes four different municipalities. Just north of Amsterdam, old cities and villages can be found that feature historic architecture and traditional lifestyles. Large cities, such as Alkmaar, Hoorn and Haarlem are home to many sights and attractions. Alkmaar is a must-see for food lovers as the city is known as the capital of cheese.

Overijssel: The Overijssel province is located in the central-eastern region of the Netherlands. Its name translates to “across the banks of Ijssel.” Its capital city Zwolle has a very rich history that dates back to the Bronze Age. Notable cities within the province include Kampen, Almelo and Enschede.The town of Kampenhas more than five hundred historical monuments to explore. The historic city is still fortified by its medieval gates, which tourists can visit and take a trip back in time. There are three natural reserve areas in the region: Los Hoos, De Weeribben and Oomen. Giethoorn is a small village located near De Weeibben where travelers can get a taste of Dutch rural living. The town is revered by the Dutch as the most beautiful village in the country.

Drenthe: Drenthe is primarily an agricultural region and has been sparsely populated since medieval times. The towns of Assen (the province capital) and Emmen do have some industry, but the province is mainly used for farming purposes. Drenthe dates back to prehistoric times and artifacts found in the region are some of the oldest in the Netherlands. Ironically, the province was one of the most densely populated areas of the country until the Bronze Age. There are 52 Neolithic monuments in Drenthewhose origins remain a mystery and are simply referred to as ‘hunebedden’ (dolmens). These structures are older than Stonehenge. The famous painter Vincent van Gogh found inspiration in Drenthe early on in his career when he painted Dutch farmers hard at work during his stay in the province.

South Holland: This particular province was formed in 1840 when Holland was officially divided. Part of the province is located on the Dutch mainland, but also includes the islands of Voorne-Putten, Goeree-Overflakkee, Ijsselmonde and Beijerland-HoekseWaard. The capital of the province is The Hague, which is also the seat of the Dutch parliament and government. Naturally, the province is an integral part of Dutch political life and has been since the Middle Ages. The region features a number of seaside resorts, sandy beaches and historic villages.

Zeeland: The Zeeland province is the most western province of the Netherlands and consists of a large number of islands. Its name, “Zeeland,” refers to “sea land,” and a large portion of the region is situated below sea level. The capital city of the province is Middelburg. Tourism is a major part of the local economy in Zeeland, especially during the warm summer months when travelers flock to its beaches.

Utrecht: The Utrecht province is named after its capital city and is one of the most populated areas of the country. The province was the source of great conflict throughout a large portion of its history. However, the capital city and its surrounding areas are home to a number of historical monuments, buildings, museums and castles.

Limburg: Limburg is the southernmost province in the Netherlands whose capital city is Maastricht. The province boasts a diverse landscape with plentiful forests, rolling hills and a number of big rivers. Limburg also has its own regional language, known as Limburgish. Its capital city was founded by the Romans during the Middle Ages and went on to become a major trade center. Notable towns in the province include Sittard, Arcen, Thorn, Honsroek, Valkenburg and Heerlen. Many castles can be explored by tourists.

Flevoland: Flevoland is a new Dutch province that was formed in 1988. There are three polders in the province. Noord-Oost Polder is connected to the mainland, while East and South Flevoland remain as islands on Ijsselmeer. Lelystad is the capital city of Flevoland. This flat region is primarily used for agricultural purposes.

Gelderland: Gelderland is located just south of the Overijssel province. This province is the least populated yet largest region of the country. The area features a number of large national parks and a few industrial areas. The capital city of Arnhem is most famous for its battle with Nazi Germany during WWII. The Kroller-Muller Museum is a tourist hotspot that features a large collection of modern art.

North Brabant: North Brabant is a bustling province that is one of the most densely populated provinces in the country. This region of the Netherlands is home to many industries and its capital city ‘s-Hertogenbosch attracts thousands of tourists each year. One of its most industrial cities, Eindhoven, features a modern art museum with artwork from Pablo Picasso. 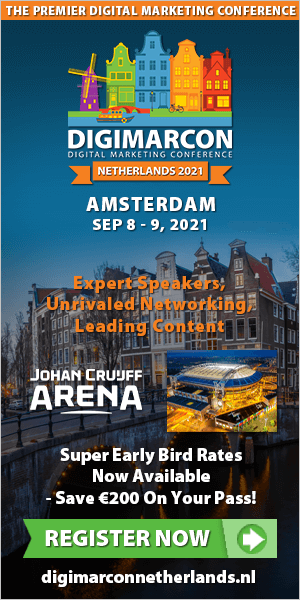 Business and marketing professionals have a lot of choice in events to attend.
As the Premier Digital Marketing Conference & Exhibition Series worldwide
see why DigiMarCon stands out above the rest in the marketing industry
and why delegates keep returning year after year

Building relationships matter! At DigiMarCon Conferences we have more networking breaks on our program than others. On average there are 8 Networking breaks at each event giving delegates ample opportunities in a relaxed atmosphere to meet others over the 2-days at the event; from 1-hour round table networking luncheons to 3-hour dinner receptions. These networking breaks are set in picturesque locations to facilitate memorable experiences while fostering new relationships. Such experiences include enjoying cocktails and the Sunset over the Pacific Ocean on a private Ocean Terrace in Santa Monica, to being on the Sydney Olympic Stadium playing arena at night enjoying cocktails under the lights, to dining at the 360 Revolving Restaurant at the top of the CN Tower in Toronto for a Dinner Reception, enjoying cocktails on a private promenade overlooking Times Square in New York City, or having fun at the Dazzles Night Club onboard the Royal Caribbean Oasis of the Seas for a Farewell Party, etc.

DigiMarCon Keynotes, Panels and Master Classes are facilitated by the foremost thought leaders in the industry, from celebrity social media influencers to CMO’s from the largest Fortune 500 company brands that are disrupting the digital marketing industry, such as Google, Facebook, Microsoft, Amazon, Oracle, Adobe, eBay, Netflix and more. All presentations are pitch-free, and include actionable takeaways, case studies, strategies and tactics, ready to be applied when back in the office.

At DigiMarCon Conferences you are never ‘left in the dark’…. literally, in a large room far away from the stage and speakers, crushed in tight theater seating, without even a desk, while sitting in the dark. At DigiMarCon all delegates have premium meeting space in luxurious ballroom well-lit spaces, with comfortable seating with desk enabling delegates to use their laptop to take notes with ample charging facilities onsite in a comfortable space to learn and thrive. All tables are situated close with direct view of the stage.

DigiMarCon Conferences are affordable to attend, from single-day event passes up to two-day VIP options at a fraction of the cost of other industry events. We offer significant discounts for early bird registrations. Additionally, on top of time-limited discount pass rates, because budgets are tight, we want to make sure all groups have a chance to attend DigiMarCon. For government employees, students, academic, startups, non-profit organizations and teams, we offer generous discounts off the prevailing registration price.

Attend DigiMarCon and you become part of the show! DigiMarCon Conferences tap into the talent of the room, drawing from the knowledge and experience of the professionals in the audience. All DigiMarCon events include regular interactive question and answer sessions with speakers and the audience ideal for collaboration, audience polls, along with ice-breaker and group exercises, steered by charismatic Emcees.

Meet the Speakers in Person

DigiMarCon Conferences put you right up and close with the speakers giving you the opportunity to meet these social media influencers which you follow in person. Speakers are never hidden in private speaker rooms away from the audience, they are in the auditorium sitting right beside you and participating.

Attending a conference is a well-researched decision. There are many factors to consider such as location, time, venue, cost, speakers, content, etc. At DigiMarCon our results-obsessed Customer Service team are at your service before, during and after the event to help with your needs. It’s at the core of what we do — it drives our business. Offsite, we are ready to assist you via phone, ticket or chat. Onsite at our Conferences, friendly DigiMarCon staff serve as your hosts. They welcome your input and are happy to assist you.

DigiMarCon All Access & VIP Passes include a 12-month on demand access to hundreds of hours of DigiMarCon speaker keynotes, panels and master class presentations from recent DigiMarCon Conferences, including videos, slide decks and key takeaways, available on demand so you can watch what you want, when you want.

Attendees of DigiMarcon Conferences gain membership to an exclusive global Digital Marketing Community of over 500,000 worldwide subscribers to our award-winning digital marketing blog and over 70,000 members to our Digital Marketing Professionals Group in LinkedIn (visit https://www.linkedin.com/groups/2661359/). This global community comprises of innovators, senior marketers and branders, entrepreneurs, digital executives and professionals, web & mobile strategists, designers and web project managers, business leaders, business developers, agency executives and their teams and anyone else who operates in the digital community who leverage digital, mobile, and social media marketing. We provide updates to the latest whitepapers and industry reports to keep you updated on trends, innovation and best practice digital marketing.

REGISTER NOW TO SAVE YOUR SEAT
To ensure all attendees get the full benefit of an intimate conference,
we are only offering a limited number of available seats.
RESERVE MY SEAT NOW
AS FEATURED IN: